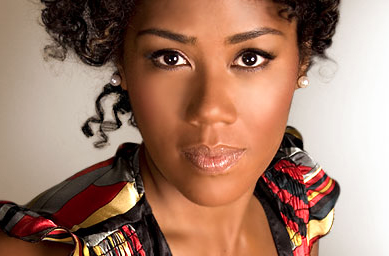 The BND Institute of Media and Culture and The Center for the Study of the Urban Child at Virginia Union University are proud to present “A Master Class in Entrepreneurship with Miko Branch,” the co-founder and CEO of Miss Jessie’s LLC, the company behind the premium hair care product line, Miss Jessie’s. The class will take place February 11, 2017 from 10 a.m. until 12 noon in Wall Auditorium at Virginia Union University.

s the life and work of Ms. Branch and her late sister, Titi Branch, who launched their successful multi-million business in 2004. The sisters, daughters of an African-American father and a Japanese mother, wanted a quality product that would allow them to wear their curly hair naturally. After several trials and errors, they eventually developed a product that proved effective. Since then, the business, which is named after the sisters’ beloved and fiercely independent grandmother, Jessie Mae Branch, has thrived. Miss Jessie’s hair care products, designed for all textures and curl patterns, are sold at major retailers such as Walmart, CVS and Target.

In 2015, Ms. Branch wrote a best-selling memoir, “Miss Jessie’s: Creating A Successful Business from Scratch – Naturally.” The book is dedicated to Miss Jessie’s co-founder Titi Cree Branch, who died in 2014. It will be rel

NBC 12’s Karla Redditte will facilitate the class by posing questions to Ms. Branch that will cover all aspects of starting and sustaining a business. Following this valuable lesson, audience members will participate in a question-and-answer session.

Donations are welcome for this FREE program. Registration is required by emailing bonnienewmandavis@gmail.com or via Eventbrite