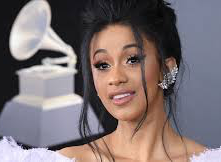 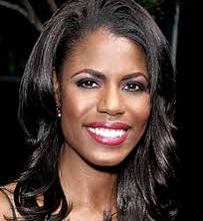 Media images of African American women have evolved from subservient stereotypes of the last century, but some experts question whether contemporary images oversimplify depictions of black women as either virtuous or villainous.

“Media Portrayals of African-American Women in Popular Culture and Reality TV” will explore why and if the perceptions about such notable women as Michelle Obama, Oprah Winfrey, Beyonce Knowles, Meghan Markle, Cardi B, NeNe Leakes, Stacey Abrams, Nicki Minaj, Omarosa Manigault, and others are skewed by broad categorizations.

“Our perspectives, perceptions and behaviors often are influenced by the images, stories and narratives we hear, watch and consume on television or social media,” says Bonnie Newman Davis, principal of the BND Media Institute. “Such narratives lead us to consciously or unconsciously accept stereotypes and misconceptions that fuel racial, gender and identity tensions in communities of color.”

On hand to debunk, analyze and clarify over-simplifications are two well-known authors, scholars and media professionals, Dr. Sherri Williams and Patrick L. Riley. Williams is an assistant professor of race, media and communication at American University, with expertise in how black people’s use of social media is changing social justice and the entertainment industry. Her powerful voice and commentary have been featured in national media outlets including CNN, USA Today, the Atlanta Journal-Constitution and Smithsonian Magazine. Williams earned a Ph.D. mass communications and a master’s degree in magazine, newspaper and online journalism at Syracuse University’s S.I. Newhouse School of Public Communications. She also earned a bachelor’s degree in English with a concentration in journalism at Jackson State University.

Riley, a graduate of Atlanta’s Morehouse College, has helped produce two much-lauded television specials, “Oprah’s Legends Ball” and “Building a Dream: The Oprah Winfrey Leadership Academy.” He also was a freelance, senior producer on Winfrey’s daytime talk show for 13 years. Riley’s book, “That’s What Friends Are For: On the Women Who Inspired Me,” is a paean to women activists, athletes and celebrities he’s met and worked with, including Winfrey, Diana Ross and Tina Turner – some of whose artistry brought solace to his boyhood struggle and sexual identity.

The program is $15 general admission (EventBrite) or at the door) and free for college and high school students. A reception and book signing will follow the discussion. 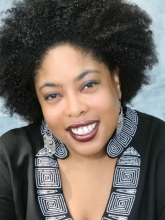 At the intersection of social media, social justice, reality television, mass media and how people of color use and are represented by these mediums is where you’ll find Dr. Sherri Williams, an assistant professor in race, media and communication at American University. Williams has a particular interest in how black people’s use of social media is changing social justice and the entertainment industry, especially television. She is also interested in and studies how marginalized people, especially black women, are represented in the media. National media outlets including CNN, USA Today, Smithsonian Magazine, Viceand theAtlanta Journal Constitution interviewed Williams for her social media expertise. She was also named one of  NBC BLK’S fierce black feminists you should know.

Williams is a media studies scholar who examines the impact of media representations through a black feminist lens and their connections to power and oppression. She probes ways in which images and narratives serve to uphold traditional heteropatriarchal and classist dominant ideologies and maintain the status quo of power. Moreover, she illuminates how news and entertainment media’s stories about people of color are connected to centuries-old ideas used to justify oppression, especially women of color. Williams is also interested in the ways in which telling our stories can liberate us. Before she entered the academy she was a print journalist for a decade and traveled to unfamiliar places to deliver stories that matter. Whether she stood in the middle of a Ku Klux Klan rally in Mississippi, a hostage situation at a hotel, the rural countryside of South Africa or the streets of Cuba – Williams transported readers to new places and introduced them to interesting people. Her career as a print journalist started in 1999 at the Associated Press’ Jackson, Mississippi. bureau. She still produces stories about social justice, media representations, health disparities and issues related to the rights of women, the working class and LGBT people.

Gender, race and class all play a significant role in people’s lives and Williams recognizes that. She also writes and speaks about those issues and sometimes uses her own life experiences as examples of how forces of oppression affect people daily. From class issues within families and the unique experience of first-generation college students to the real danger of the strong black woman stereotype to the black mental healthcrisis, Williams strives to illuminate the human impact of marginalization.

Patrick Riley is best known for his work as a freelance, senior field producer at “The Oprah Winfrey Show” for over 13 years – including ABC network credits on “Oprah’s Legends Ball” and “Building a Dream: The Oprah Winfrey Leadership Academy”. That opportunity provided moments for the Tokyo-born, Savannah, GA-reared Patrick to interview Presidents Barack Obama and Bill Clinton as well as many of his own idols – including Diana Ross, Mary Tyler Moore, Janet Jackson, Beyonce, Dr. Maya Angelou, and many more. 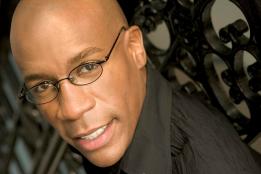 Since “OPRAH” wrapped in 2011, on-camera and event hosting opportunities have folded prominently into the Morehouse College graduate’s schedule – including return on-camera appearances with Daily Blast Live; TV-ONE’s “Life After”; COZI-TV; BET; The Advocate; Wells Fargo; and Arise Entertainment 360. Spring 2019 will showcase Riley as a co-host on digital talk show “The Happy Hour” on Facebook & YouTube. He has received a number of industry nods for his work, including the 2014 Momentum Education’s “Pillar of Empowerment” Award at Momentum Honors in New York City as well as several awards from the National, Atlanta, and New York Associations of Black Journalists, and others.

Patrick’s hardcover book, “That’s What Friends Are For: On the Women Who Inspired Me,” is published by Dorpie Books. NABJ deemed it “Outstanding Literary Work” as the NYC Pride organization awarded him its 2018 Trailblazer Award honor in Harlem at The Schomburg Center of Culture & Research.

In his book, Riley celebrates women and his 30-year career in journalism. Inspiration for the book came from the celebrity women that Riley has had contact with throughout his decades-long career in the entertainment industry along with his publisher.

“This book has allowed me to unpack a narrative that further fleshes out my layers … and I think people will connect to that,” Riley said in a March 16, 2018 Wave interview. “I want kids to know that their childhood dreams, crushes, fantasies are not to be dismissed by society, our families or ourselves. My life’s testimonial proves that a little black boy who was different than other boys and wasn’t so sure he’d ever be ‘accepted’ for his true self in the world can.”

In each chapter, Riley shares his story, biographical information about the celebrities, as well as commentary about his experiences with them. Those featured are women whom he has a real admiration and appreciation for. Women spotlighted include Diana Ross, Diahann Carroll, Aretha Franklin, Michelle Obama, Janet Jackson, Keke Wyatt and many more.