Greetings! I’m back to report that the inaugural event for the BND Institute of Media and Culture was a success! The event, “So You Want to Write a Book: African-American Authors and Writers,” took place Nov. 12 at the Libbie Mill Library in Richmond, Va. About 25-30 folks came out on a sunny Saturday morning to hear from book authors and editors Cheryl Ross, Wayne Dawkins, J.B. Bryan and Yolanda B. Taylor!

“Refreshing. Empowering. Fun! All of that! Thanks for making it possible!”  –J.B. Bryan, Richmond, Va.

Each author enthralled the audience with juicy revelations about their work, what inspires them, and their overall perspective on what it takes to get noticed in the competitive world of book publishing. One secret shared by our panelists: While books can be help pay the bills and put food on the table, TALKING about your book via speaking engagements can result in lucrative returns. Also, the Book Bros., three school-age boys who really are brothers, told attendees how they collected 2,000 books last spring to distribute to their classmates to ensure that they had books to read during the summer.

Speaking of public speaking, these young boys -Jazz, Jace and Just Miles — did an excellent job. That’s because they enjoy reading and don’t mind telling anyone who wants to hear their stories. 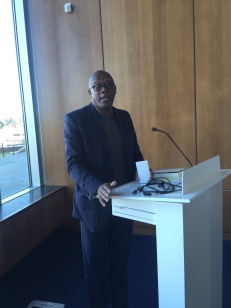 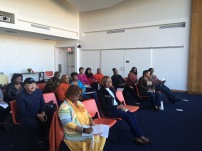 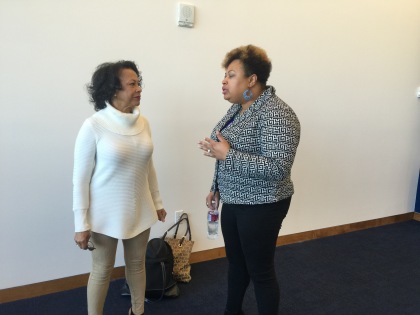 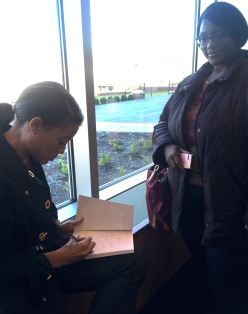 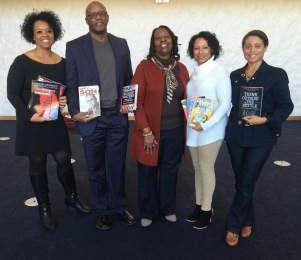 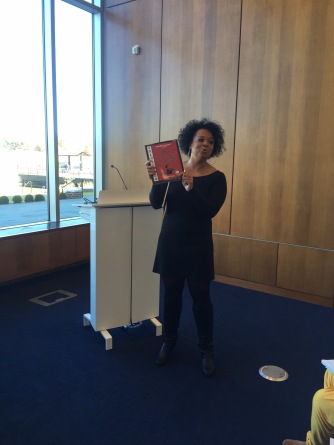 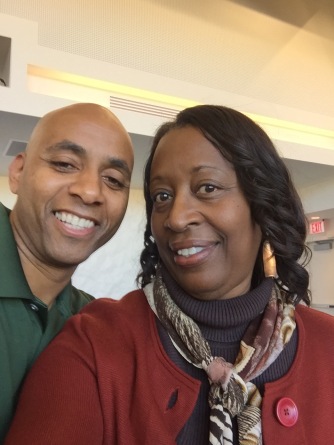 “Dang, another reason to miss living in Virginia. Thanks for the earlier invite, Bonnie. Looks like it was a great event.”  Harriet McLeod, Charleston, S.C.

The BND Institute of Media and Culture Presents

On Nov. 12, learn how to turn your passion for writing into books!

Cheryl Ross is a national award-winning journalist, book editor, and the immediate pastpresident of a nonprofit media group. She has written about fascinating personalities,the arts, politics, and education for the St. Petersburg Times, the Chicago Reader, The Virginian-Pilot, and WHRO television’s American Graduate Project. Additionally, Cheryl has edited more than 80 published books.

Jennifer ‘J.B.’ Bryan is a pioneer, having started the first black-owned RegisteredInvestment Advisory firm in the Richmond, Va. area in 1995. JB Bryan created her trademarked program “AfroEconomics,” a strategic financial management program designed for the advancement of Black wealth in America and abroad. She earned her Bachelor of Science degree from the University of Virginia, and received her Master of Science degree from Virginia Commonwealth University.

Y.B. Taylor decided that she wanted to write and publish a children’s book based on her family’s Thomas Jefferson-Sally Hemings story, but was sidetracked by a decision to share poems, which she considered her literary children. Poems written and accumulated over many years have found their way into her first book of poetry, “What I Know … Poems ofLife.” Being published became a check off of her bucket list. But, encouraged by feedback from her first book, a second book of poetry, “Journeys of Freedom,” was written and published. Other books include “Keeping it Real,” and “Out of Bounds.” It is still her intent to write and publish a children’s book. A graduate of The University of Virginia, Y.B. TAYLOR continues to write for her own enjoyment and hopefully yours!

Meet The Book Bros., A Reading Movement For Kids By Kids

Free + Open to the Public + Refreshments

https://bndimc.org/The BND Institute of Media and Culture was founded in 2016 by Bonnie Newman Davis, a Richmond, Va. –based journalist, journalism educator and media consultant. The Institute provides programs, services and training dedicated to educating and engaging diverse audiences about contemporary news media and its impact on African-American life and culture. 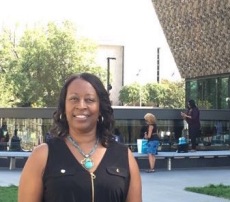 I am Bonnie Newman Davis, a veteran journalist, journalism educator and community volunteer. I established The BND Institute of Media and Culture (BNDIMC) in September 2016 to provide education, outreach and media training programs to diverse audiences and under-served youth. The Institute is based in Richmond, Va., where I have lived and worked since 1981. In January 2018, the Institute obtained its 501 (C) (3 ) status as a nonprofit organization. We look forward to receiving your donations as our organization continues to grow and thrive.